“Defenestration is set in a futuristic soviet union, the player takes up a role of Kira, young promising girl fresh out of school. Help her get on her feet in unfamiliar megapolis, dealing with various day-to-day problems and different characters. Some will try to help you, some to corrupt you (mainly the second one).”
“The game is planned to be choice based and semi-open worlded. Which means no combat system. Current version has at least an hour of gameplay.”​

-New village/town – Vivarium.
-New quest.
-New outfit and its revealing version.
-Four new characters (Including a historically accurate character art for “Napoleon”.)
-Two new fetishes that will affect the game overall – Pregnancy and lactation.
-“Personality test” to turn them on/off.
So far they partially change the narrative of the quest, appearance of one of the characters and add one extra event specific for “lactation” (uses the same art, so it’s fair for all routes and preferences).
-Kira’s character artwork was partially re-coded to support new changes.
-Word-building mini-events
-Character art of “imperator” was added to the groping system and immediately used for “sexposition” (mini groping event).
-One new event at the church for everyone (text adjusts to turned “on” fetishes) and one lactation related event that uses the same artwork (co-written by Lostraven).
-The overall script for all routes is 182 pages long.
-Prison outfit can now be found in the dumpster near prison. 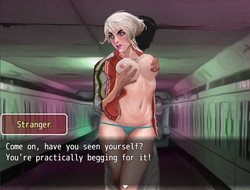 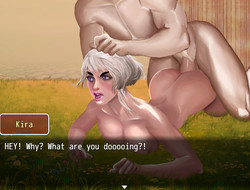 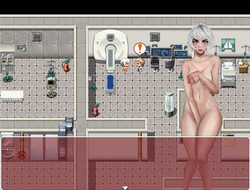 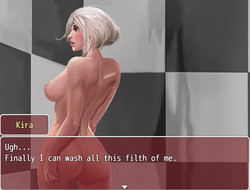 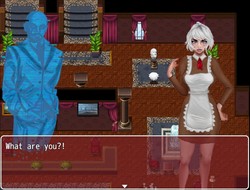 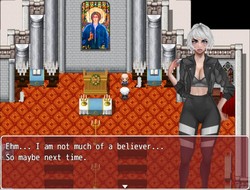